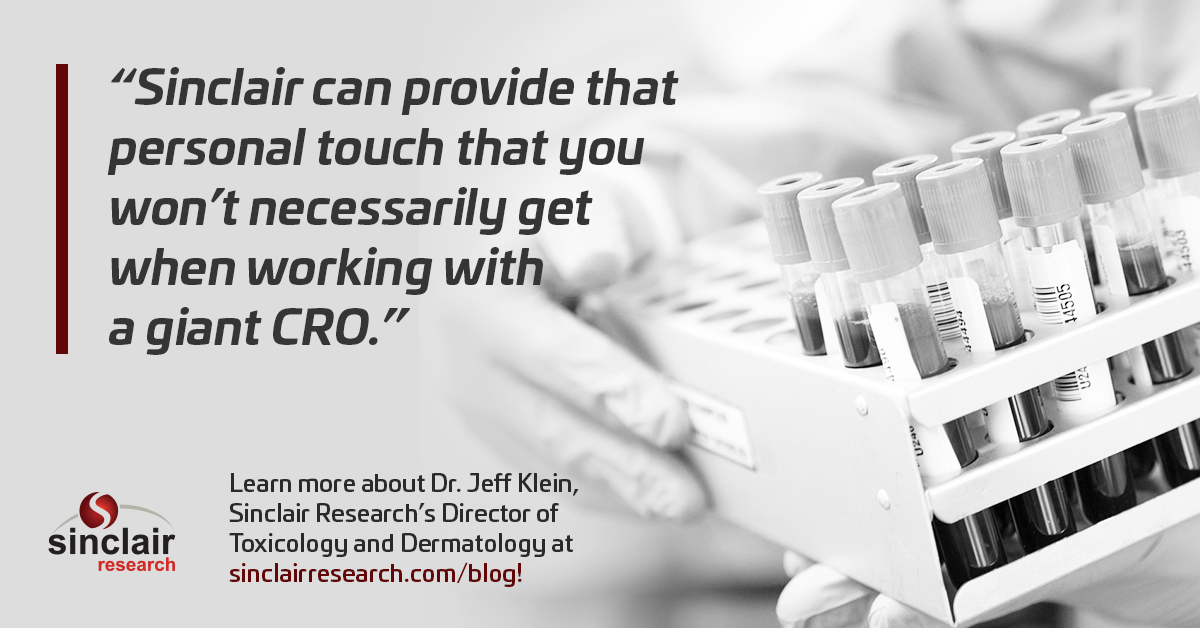 Dr. Jeff Klein, Director of Toxicology at Sinclair Research Center, has worn a lot of different hats during his career in drug development.

At Rutgers University, where he received his B.S., M.S. and Ph.D., he specialized in reproductive neuroendocrinology and did most of his research on sheep. At The Jackson Laboratory in Maine, he shifted his focus to molecular biology and genetics and used mice to explore late-onset neurodegenerative disease. From there, he went to Purdue Pharmaceuticals, where he used the skills he’d developed at JAX to make transgenic and “knockout” mouse models of pain for their studies.

After the launch of generic OxyContin forced Purdue to lay off about two-thirds of their workforce, Klein landed at Nucleonics, a start-up company in Philadelphia where he again switched hats, this time focusing on mechanistic toxicology. Next, he spent five years as a study director and program manager at Ricerca Biosciences, a Contract Research Organization (CRO) outside of Cleveland, where he ended up specializing in dermal studies and where he got his Diplomate of the American Board of Toxicology (DABT). That led to his being hired by Noven Pharmaceuticals, a maker of dermal patch drug delivery systems, where he spent another four years before taking a job with another start-up company in Ohio.

Finally, in 2018, he arrived at Sinclair, carrying with him a breadth of experience that he believes gives him unique insight into the needs of Sinclair’s clients.

As Director of Toxicology and Dermatology at Sinclair, Klein is able to use this insight to enhance the company’s service to its clients at nearly every step of the process. He is responsible for managing all of the Sinclair’s study directors and study coordinators along with acting as Test Facility Management. Because Sinclair is a small CRO, he is also able to do some hands-on work managing studies, which he says he enjoys.

“My day is full of a lot of different things, which I like,” says Klein. “My day is a combination of working on my own studies with my own sponsors, managing the other study directors – you know, reviewing their protocols and reports and any other issues that may come up.” As test facility manager, he adds, “I help write SOPs, I help with reviews of different processes around the company, I help mediate any issues between our quality assurance group and the study directors, I sit in a lot of meetings to try and work out new processes for the company, ways to do things better.”

Klein says his favorite aspects of working at Sinclair are rooted in the same reason he thinks the company is such a great fit for its clients: Its size – big enough to do high-quality science, but small enough to offer a personal touch. In Klein’s view, that benefit goes both ways.

“At a larger company, the Director of Tox does a lot less hands-on science and a lot more managing,” Klein says. “It’s nice to still be able to run studies, and talk to sponsors, and design studies for them and just have that interaction with our sponsors.” 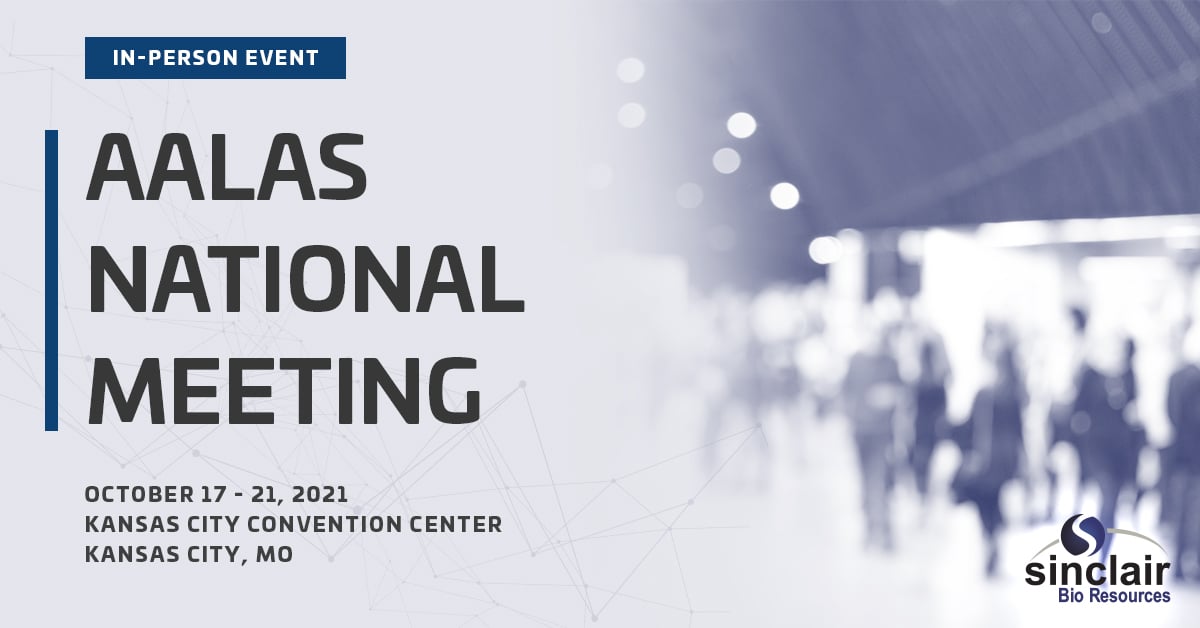